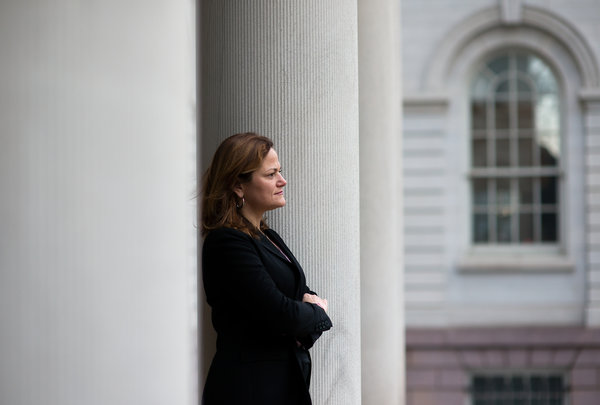 Eight years after losing a race for speaker of the City Council, Mayor-elect Bill de Blasio is determined to win one.

After 48 hours of intense behind-the-scenes lobbying, Mr. de Blasio and his allies on the left appeared on Wednesday to have orchestrated the choice of a strong, early supporter and fellow liberal, Melissa Mark-Viverito of East Harlem, as speaker, New York City’s second most powerful elected official.

Arranging to have such a close ally as speaker offers more than a bit of irony for Mr. de Blasio: Throughout the Democratic mayoral primary contest, he accused the departing holder of that office, Christine C. Quinn, of being so eager to gain Mayor Michael R. Bloomberg’s endorsement for her own mayoral bid that she had been an ineffective counterbalance to his administration.

Yet successfully installing Ms. Mark-Viverito as speaker would give Mr. de Blasio a partner at the controls of the city’s legislative branch — with the power to speed or obstruct his agenda — who owed her job to his support.

Mr. de Blasio played down such suggestions on Wednesday, allowing that he had merely offered his “observations” about the speaker’s race in calls to council members and that they would make their own decisions. Calling them “a very strong-willed group,” he added, “They’re going to make their presence felt, and they’re going to maintain their independence, I don’t have a doubt about it.” The election is set for Jan. 8.

But when asked if he was worried about a Council too closely aligned with the mayor’s office, Mr. de Blasio joked, “Wow, what a challenge that would be.”

By Wednesday night, Ms. Mark-Viverito was so assured of winning that she issued a statement saying she had the votes necessary to become the speaker. “I am humbled to have the support and confidence that my colleagues have placed in me,” she said, in a statement that included praise from 30 other current and future council members.

Mr. de Blasio’s intervention in the speaker’s race was a departure from recent practice: Mr. Bloomberg and mayors since at least the 1960s had generally stayed out of such leadership struggles. 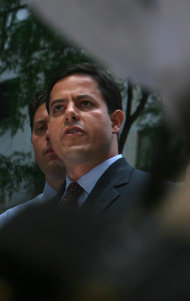 Yet in some respects it turned into a rematch for Mr. de Blasio. As a two-term councilman in 2005, he ran for speaker and lost to Ms. Quinn, who outmaneuvered him by lining up the support of the powerful county leaders in the Bronx, Brooklyn and Queens.

This week, those leaders lined up behind Councilman Daniel Garodnick of Manhattan, a former securities litigator, who, though quite liberal in his own right, positioned himself as more capable of standing up to Mr. de Blasio than Ms. Mark-Viverito.

Wading into the race was also a gamble for Mr. de Blasio: A defeat for Ms. Mark-Viverito would be an embarrassing setback for a mayor-elect who had claimed an overwhelming mandate.

But on Wednesday, that gamble appeared to pay off, as Brooklyn’s Democratic leader, Frank Seddio, threw his support to Ms. Mark-Viverito, 44, a Puerto Rican-born former labor organizer who has advocated for immigrants’ rights and affordable housing as a council member.

There are other risks for Mr. de Blasio in imposing his will on the speaker’s contest: Though she has the enthusiastic support of the Council’s newly assertive Progressive Caucus, and is known as a fierce advocate, Ms. Mark-Viverito is often described as headstrong and aloof.

Elected in 2005 after having worked for 1199 SEIU, the health care workers’ union, and at two Hispanic nonprofit groups, she spearheaded legislation allowing tenants to sue landlords for harassment, and protecting some immigrants from being handed over to federal immigration authorities before they have been convicted of any crimes. She pushed for bills mandating that businesses give employees paid sick days, and requiring that corporations that receive city subsidies pay their workers more.

For years, she had a close relationship with Ms. Quinn, with whom she collaborated on the immigration bills, and she was among a small number of council members who attended Ms. Quinn’s wedding in spring 2012. But their relationship fractured last year after Ms. Mark-Viverito’s district was redrawn, putting a sizable portion of it in the Bronx. Ms. Mark-Viverito accused Ms. Quinn of directing the changes in order to curry favor in the Bronx for her mayoral bid.

Four months after the new district lines were made final, Ms. Mark-Viverito became the first member of the Council to endorse Mr. de Blasio’s mayoral campaign.

On Monday night, Mr. de Blasio began calling Democratic council members to urge them to support Ms. Mark-Viverito. The next evening, he reached Eric Ulrich, a Republican from Queens, at Memorial-Sloan Kettering Hospital, where Mr. Ulrich was at the bedside of his grandfather, who is battling lung cancer.

Mr. Ulrich said he was touched by Mr. de Blasio’s thoughtfulness. “I mean, clearly he was calling about the speaker’s race, but he wanted to express if there was anything that I needed, that he was only a phone call away, which was very nice of him,” Mr. Ulrich said.

Mr. de Blasio told Mr. Ulrich that “this was important to him, that he have someone that he could work very closely with to implement his agenda, and that he wanted my vote,” Mr. Ulrich recalled.

“I believe that he has a mandate to lead this city, and he ought to be able to have somebody that he can work with,” Mr. Ulrich said, adding, “I don’t think anyone wants to see what happens in Washington, D.C., with the partisan gridlock, happen here in the city.”

The county chairmen have always sought to control the speaker’s race in order to be able to divide up the key committee chairmanships, which allow members to advance or block legislation.

Democratic leaders in Queens and the Bronx did not concede on Wednesday. But as the day wore on, and rumors spread of plum committee assignments and posts promised to Brooklyn politicians, the strength of the mayor-elect’s position became clear. An aide to Mr. de Blasio denied the rumors.

“He held all the cards, really,” said Kenneth Sherrill, a professor emeritus of political science at Hunter College. “Any chief executive who has all of these appointments to make is going to have a lot of politicians wanting to be nice to him. They all want their letters of recommendation to have impact.”